Darkness is covering the land. As the city of Mezrah grows with power and greed, the rest of the world can only stand by and wait for their inevitable destruction. The only hope against this growing power is an ancient prophecy that people have stopped believing in.

Princess Kyla of Taramon stopped believing in the power of light the day her father died. Trapped in a city she does not care for, under the watchful glare of her mother, the queen, she struggles to accept her fate.

Jethro has loved Kyla for as long as he can remember. Learning that she was to marry his cousin drove a wedge between him and the feisty princess. Watching her from a distance is a torture he is unable to free himself from.

Then a star begins to fall, sparking an ember of hope and sending two seekers on a treacherous journey into the unknown.

You can pick up a copy on AMAZON or SMASHWORDS.
Or add it to your GOODREADS reading list.

If you'd like a chance to win a paperback copy, you can check out the new release giveaway here. 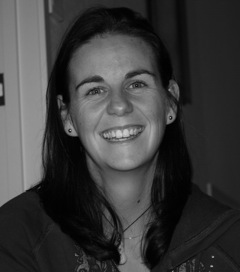 Melissa Pearl was born in Auckland, New Zealand, but has spent much of her life abroad, living in countries such as Jordan, Cyprus and Pakistan... not to mention a nine month road trip around North America with her husband. "Best. Year. Ever!!" She now lives in China with her husband and two sons. She is a trained elementary teacher, but writing is her passion. Since becoming a full time mother she has had the opportunity to pursue this dream and her debut novel hit the internet in November 2011. Since then she has produced four more books and has a YA fantasy trilogy coming out this year. Unknown (The Elements Trilogy, #1) out now! Unseen due out in July and Unleashed in August.

"I am passionate about writing. It stirs a fire in my soul that I never knew I had. I want to be the best writer I can possibly be and transport my readers into another world where they can laugh, cry and fall in love."