TASTE is released!!!
Can't wait another minute to download it? Get it here:
Amazon
Barnes and Noble
Smashwords
Amazon UK
Coming soon to ibooks and to paperback

About Taste
One taste is never enough…
Spencer Waller’s main purpose in life is to protect and serve. After spending years in the military, he gets a coveted spot on the Secret Service detail protecting the president. Spence doesn’t have time for women or all the work having a relationship with one requires. But just because he isn’t looking for a lady doesn’t mean he can’t appreciate a beautiful one when he sees her.
And he makes it a point to see one in particular every single day.
Elle Bond has literally chopped and fried her way to the top of the food chain. Earning a coveted position in the White House as the president’s personal chef, she figures her professional life can only get better. Her personal life, on the other hand, could use a little bit of an overhaul, and because of that, she tries to ignore the charm-dripping cookie thief every time he comes into her kitchen. After all, she knows better than anyone that just one taste of something good is never enough.
One night after work, Elle is assaulted, threatened, and given an ultimatum. She can’t go to the police, and she sure as hell can’t do what she was ordered.
But she has to. Or else.
Pale, shaken, and scared to death, Elle confides in Spence, and his protective instincts take over. Together, Elle and Spencer have to uncover a sinister plot and stop it before someone ends up dead.


Extras!
Join the release party happening tonight (July 28th) on facebook for your chance to win a TON of great stuff! Click to join
FYI- for those that purchase TASTE there is an EXCLUSIVE first look at the Trashy cover reveal! You get to see it first!!
There is also TWO recipes included in the back - Spencer's favorite cookie recipes!! You can make them and enjoy at home!

Thank you all so much for your support!! I hope you download and enjoy Taste!
Posted by Alexia Purdy at 12:00 PM No comments:

When Sarah "Red" Ryder loses her job as an art critic for a Boston newspaper, she's brokenhearted. Worse than that? She's broke. Her boyfriend recently left her - for a tatted-up hottie with a dick - so she's stuck paying her hefty apartment rent alone. After two months unemployed, there's no money left. With no immediate family to turn to, Red reaches out to her estranged grandmother, a reclusive writer living on an island off the coast of Charleston. Several days later, Red receives $30,000 and an invitation to visit.

James Wolfe is not Red's grandmother. But he beckons her. Red has the ability to give him something he needs. He won't take "no" for an answer, and he doesn't mind screwing her over. He lost his conscience six years ago, when he was tried for the murder of his wife. Since then, life is about him - and the paintings he does under the mysterious pseudonym "W."

Wolfe needs the island to keep painting. To live his life away from prying eyes. To keep up the anonymity of "W."

Once he sees Red, he finds that he needs her, too. And Wolfe will have her. Any way he can.

Continue the story for just 99 cents!

Return to Rabbit Island for the heart-pounding conclusion to Red and Wolfe's story. Don't forget your extra panties - but this time, you might also want to bring your gun. 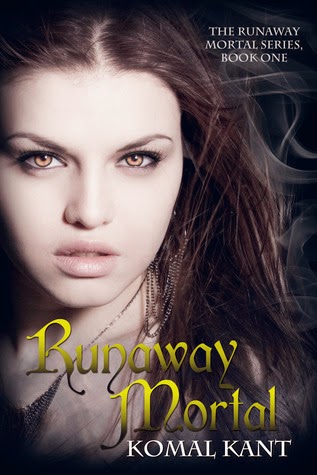 A high school full of angels and demons.

And the only suspect of a murder she didn’t commit.

That’s the trifecta that starts off Katerina Lyrille’s year.

After being on the run from the supernatural world for a month, Katerina finally allows herself to be dragged back to school when she discovers the only way to prove her innocence lies in a magical object hidden somewhere in the school.

But school is still the stereotypical, condescending place it’s always been. Being mortal—a human with advanced abilities—Katerina is at the very bottom of the social scale compared to the angels and demons, who are looking for any reason to find her guilty, leaving the job of proving she didn’t kill anyone even harder.

Her year is only made worse by the arrogant, yet sexy, supernatural agent hired to guard her. At first, he rubs her the wrong way, but as they spend more time together, she can’t deny he isn’t as aggravating as she thought he was, which is a lucky thing because Katerina is going to need all the help she can get. There is a darkness growing within the school, and someone is out to stop her at all costs.

Even if it means her death. 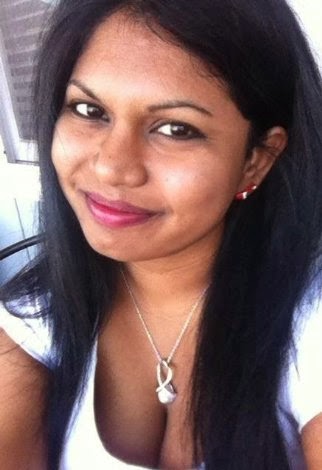 Bio:
Komal Kant is the best-selling author of WRONG SIDE OF TOWN. Her other books include IMPOSSIBLE, FALLING FOR HADIE, RUNAWAY MORTAL, and UNFAMILIAR (co-written with Erica Cope). She currently lives in Sydney, but wishes she lived all over the world.

Komal enjoys super geeky things like Pokémon, Call of Duty, and Final Fantasy. She figures she has too many Huskies, but as a result also has lots of Husky kisses. You can often find her swooning over fictional male characters who smirk a lot, superhero-related movies, Ryan Gosling, and her readers.
Stalk Komal Kant!
FACEBOOK
TWITTER
WEBSITE

Posted by Alexia Purdy at 4:04 AM No comments: