Melissa Pearl's "The Elements Trilogy" Got a Cover Makeover!

Author Melissa Pearl thought that her Elements Trilogy books could use a makeover... So she asked Kelly Waker from indie-spired.com to help her do just that! Check out the awesome results below! 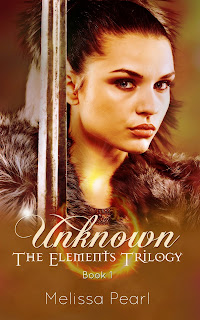 Darkness is covering the land. As the city of Mezrah grows with power and greed, the rest of the world can only stand by and wait for their inevitable destruction. The only hope against this growing power is an ancient prophecy that people have stopped believing in.

Princess Kyla of Taramon stopped trusting in the power of light the day her father died. Trapped in a city she does not care for, under the watchful glare of her mother, the queen, she struggles to accept her fate.

Jethro has loved Kyla for as long as he can remember. Learning that she was to marry his cousin drove a wedge between him and the feisty princess. Watching her from a distance is a torture he is unable to free himself from.

Then a star begins to fall, sparking an ember of hope and sending these two seekers on a treacherous journey into the unknown. 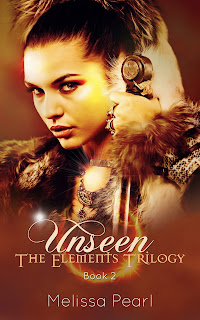 It's hard to trust when the truth is hidden in the UNSEEN.

Danger surrounds the Seekers. Having already faced overwhelming odds, Kyla and Jethro discover it is only the beginning. Now they must face the power of nature itself.

Each day is a test of faith.

Two elements remain undiscovered. The light is yet to be resurrected. Dark forces prepare to descend upon the heroes of prophecy and they have one more power they must over come...their forbidden love for each other.

Each moment is a test of loyalty and courage.

In Taramon, Athra faces his own demons as he frets over the safety of his fiancée while trying to counter a dark evil that is brought to his doorstep. Treachery lurks in the shadows, forcing the future king into an action that could destroy his beloved city.

Through it all, they must cling to the truths hidden in the unseen. 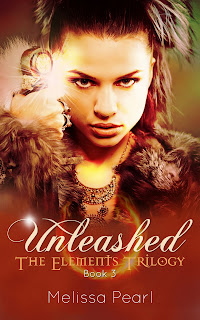 A furious light is about to be UNLEASHED.

The prophecy has failed. As Athra lies in the dungeons of Taramon with his defeated army, this is all he can believe. His city has been torn apart. He has failed his people and all that awaits him is an agonising death.

But the light has been found.

Ashan and his dark army proceed in gloating triumph. Safeer heads to Mezrah with Taramon's women and children, while the rest of his men remain in the northern city, forcing their prisoners to tear it down stone by stone.

But two sparks have been ignited.

Kyla and Jethro learn of Taramon's demise and, with the children, formulate a plan to rescue their people and bring an end to the overpowering darkness. It will take all their strength and every ounce of faith they possess...

But a furious light is about to be unleashed.

And to celebrate this new reveal, I'm having a one day sale. All three books for only 99c each!! 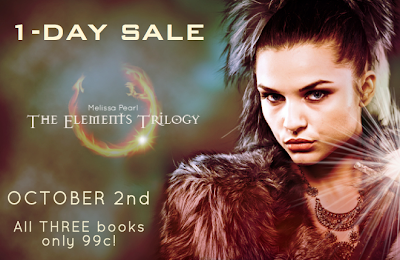 Email ThisBlogThis!Share to TwitterShare to FacebookShare to Pinterest
Labels: bookcover, coverreveal, indieinked, Melissa Pearl, the elements trilogy, ya, ya fiction