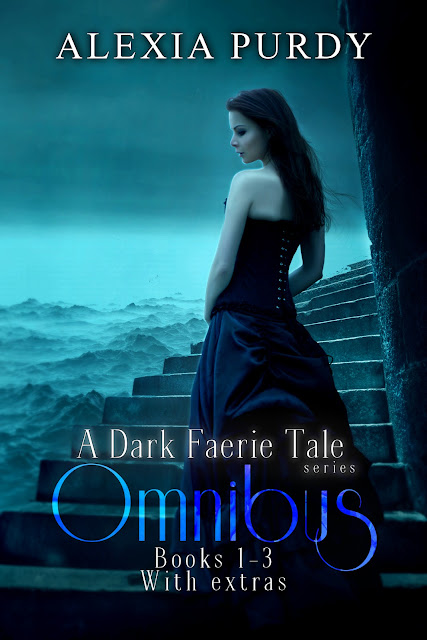 Cover Design by: Alex Noreaga at FGX
Typography by: Alexia Purdy
Model stock: Rebecca Röske
http://liam-stock.deviantart.com/
Licenses purchased for commercial use.
Blurb:
Shade is thrown into the Land of Faerie when she meets a mysterious Teleen warrior, made of fire and electricity. Sent on a journey to obtain a rare magic only she can wield to save the Seelie forces against the Unseelie armies, she discovers her unique inner magic and possibly a difficult choice in love.

The Unseelie Queen Aveta is not one to trifle with. She hunts Shade down for her own devices and will destroy everything Shade loves to get what she wants.

After barely escaping the clutches of the Unseelie and stripped of her newfound magic, Shade journeys to the Ice Kingdom, The Great Divide, to hopefully retrieve her bound up powers from an Ancient Faerie King named Corb− but loses her memories instead. Alongside her body guard Dylan, a former Captain of the Teleen Guard, she lays havoc to the Ice King’s fortress and forces their return to the Teleen kingdom. Hurrying to reach the Southern Realm, Shade claims her rightful throne and prepares for the upcoming battle with the Unseelie army.

Or Check out the novellas and Novels separately:

The Land of Faerie is calling.
There are places unknown, magic lures you in
And love spans lifetimes.
Don't resist. It's in the blood...
http://tinyurl.com/PrequelEvangeline

Ever Shade (FREE)
A dark twist on faeries. For Shade, a chance meeting with a powerful Teleen Faery warrior who wields electrical currents and blue fires along his skin, has her joining him on a treacherous mission for the good Seelie Faerie Court across the land of Faerie. Magic and malice abound and nothing is what it really seems to be.

The evil Unseelie Queen and her treacherous allies are around every corner as Shade makes her way across the breathtaking landscapes of the world of Faerie, which exists alongside the mundane human world. Shade discovers her own uncharted magic and meets some of the most powerful warriors in Faerie while battling evil dryads, conniving Teleen guards and challenges on her life with every step in a world where nothing can be taken for granted.
http://tinyurl.com/EverShade

The Serenity of the Land of Faerie is threatened as the Unseelie Queen Aveta rages war against the three remaining Seelie Realms of Faerie. As Shade's powers grow, she finds she is running out of time to keep the war from spilling into the human world. Winter is growing in strength as the evil Queen's horrifying legions scar the land in their frigid wake. No one is safe. Shade becomes enemy number one for the Unseelie legions. Questioning her true role of power, Shade discovers the cost of winning may come at a much higher price than she ever imagined.
http://tinyurl.com/2EverFire

Ever Winter
Shade has been left all, but shattered. Travelling to the Ice kingdom, along with her 'body guard' Dylan-who continues to be bound to her-to where the holder of her magic dwells. The war of Faerie amplifies and her only chance to save it will be to resist the enchantments of the Ice King, one of the Ancient rulers of Faerie. But, he has his own agenda and will do anything to stop her from making it to the Summer Kingdom, with her family, to claim back her throne

These Ancients of Faerie don't want her to succeed, and the wards between the land of Faerie and the mortal world are blurring rapidly. Shade must face treacheries in every crevice of the land, even among the human mortals and trusted allies, before all is lost.
http://tinyurl.com/EverWinter

The Cursed
The Cursed is a short story companion to A Dark Faerie Tale Series.

The Ancients of Faerie are awakening, and they don't like what they see. Imprisoned and cursed to eternal slumber in chains for centuries, Arthas, the Unseelie King of Faerie, returns to claim his realm back. The world has changed and the thirst for vengeance is all consuming...
http://tinyurl.com/TheCursed